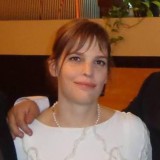 I'm a web programmer that started working with web pages in 2008 by programming simple HTML/CSS webpages. I finished Faculty of electrical engineering in April 2010 and started working in Inchoo in May 2010. During the time in Inchoo I worked on Zend applications, Magento stores and a few Wordpress projects. I left Inchoo in January 2012 and worked for a couple of months in Gauss Informatika as Zend teacher and team leader. In May 2012 I left Gauss Informatika and joined the team at NTH Media. For next 6 months I worked on various mobile and Wordpress projects. In the February 2013 together with MArin Blazevic I opened Proodos. I'm still continuing my work as Zend and Magento programmer.
In summer 2015 I also started to work for Webbite Media GMBH and on 19th August 2015 I passed Magento Certification Exam and am now Magento Certified Developer.

This site uses Akismet to reduce spam. Learn how your comment data is processed.